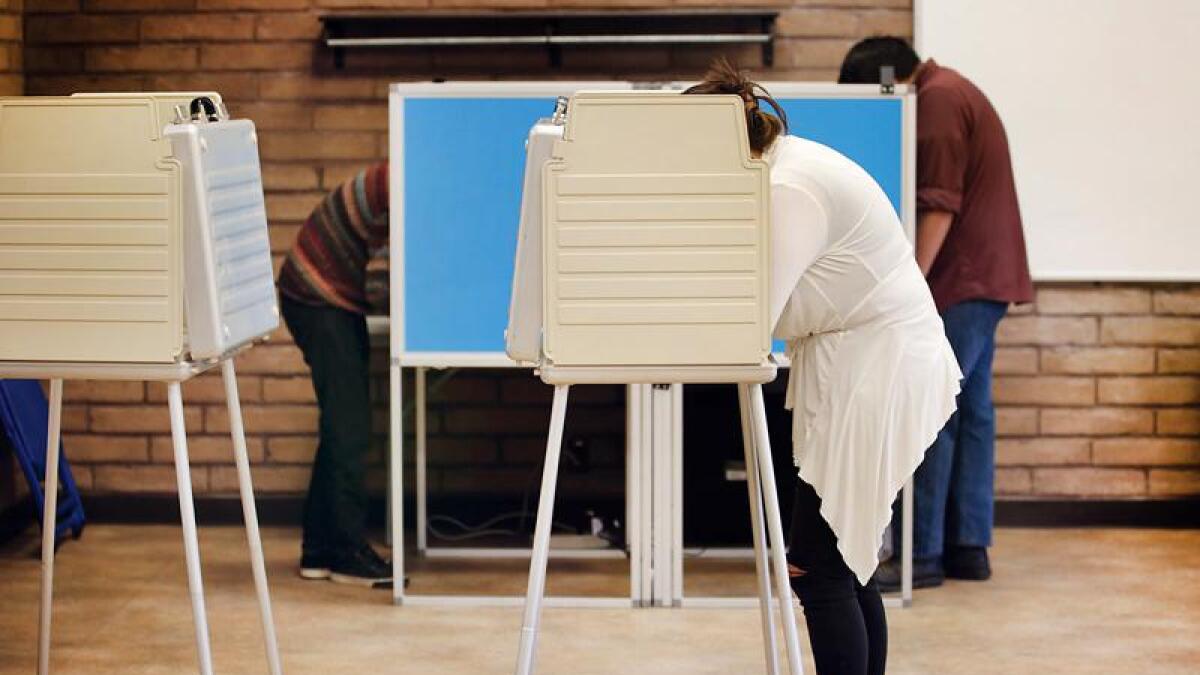 It’s that season again. No, not autumn, but election season.

As voters prepare for Tuesday’s election, here are some things you need to know about the La Plata County elections:

Candidates sprint to the finish

School board candidates said they would end their campaigns with one last nudge.

Erika Brown, Durango School Board candidate for District A, said she was reaching out to people who have not yet had to vote to try to increase voter turnout. District C candidate Richard Petersen said he was working with campaign volunteers to win a telephone bank and make phone calls. Your opponents didn’t return a call to leave a comment on Friday.

In addition to the candidates for the La Plata County School Board, voters will vote on one amendment and two proposals.

Amendment 78 concerns the authority of the Colorado state legislature to allocate funds for expenses. It would require the state legislature to allocate all state expenditure rather than allowing some degree of discretion to state authorities. It would also create a new custody fund that is “made available to the state for a specific purpose” and requires that money be deposited and spent from the new fund.

Suggestion 119 Establish a new government enrichment program. It would increase marijuana retail taxes by 5% and transfer funds from existing state funds to create the program, which would provide extracurricular instruction and enrichment for Colorado children ages 5 to 17 with tutoring assistance.

Where can you vote?

Although all registered voters in La Plata County have received postal ballot papers, it is too late to mail them back.

Voters can return ballots at these 24-hour Dropbox locations until 7:00 p.m. Tuesday:

Voters can visit the Secretariat from 8:00 a.m. to 12:00 p.m. on Saturday to vote in person, request a replacement ballot, change an address, or register to vote. According to La Plata County Clerk and Recorder Tiffany Lee, Colorado has no registration deadlines as long as a voter has been in the state for 22 days.

All three polling stations are open on Tuesday, election day, from 7 a.m. to 7 p.m.

Lee said 24% of the electorate had so far cast their vote for the election. Historically, voter turnout for off-year elections has ranged from 35% to 40%, Lee said.

As part of the county’s efforts to ensure voting transparency, Lee offers tours of the voting process. However, only one person has requested a tour so far. Visitors can do this on Monday or Tuesday while the referees are working and the voting machines are running.

Those interested in a tour can make an appointment with Lee by calling the secretarial and record keeping office at 382-6296 or visiting www.laplatacountyclerk.org.