The aftermath of the National Convention of the People’s Democratic Party (PDP) dominated the front pages of Nigerian newspapers.

The Punch reports that Nigeria lost N 898.93 billion to vandalism and theft in pipelines in nine months. The newspaper says banks have started withdrawing loans from chronic debtors’ accounts. 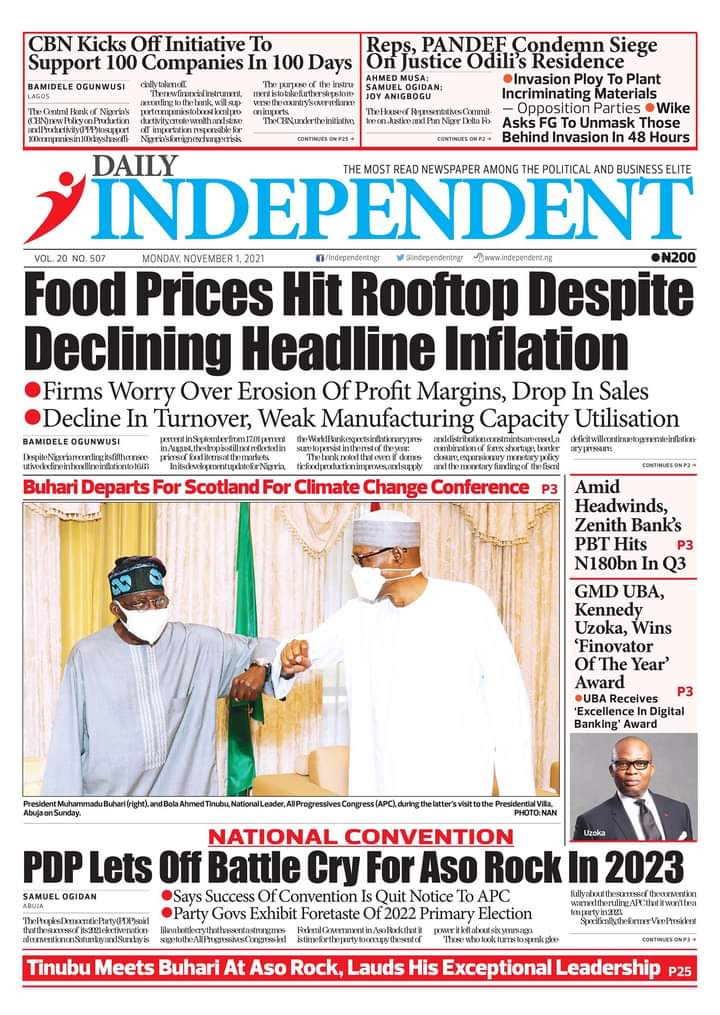 Daily Independent says grocery prices are skyrocketing despite a decline in headline inflation. The newspaper reports that the PDP has sent the All Progressives Congress (APC) a strong message of its readiness to take power in 2023. 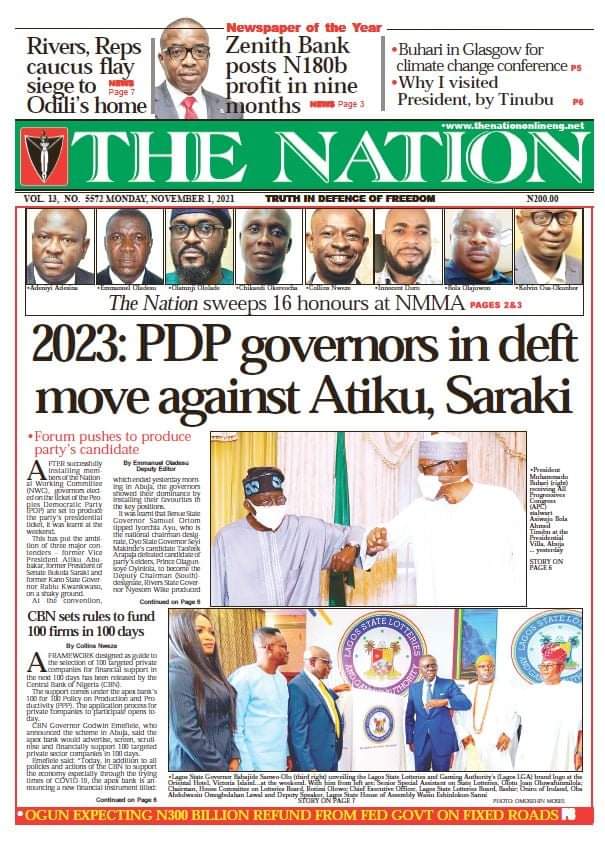 The nation reports that the PDP governors are strategically planning to produce the party’s next presidential candidate in a deft move against some candidates. According to the newspaper, the Central Bank of Nigeria (CBN) has revealed the criteria for funding 100 companies in 100 days. 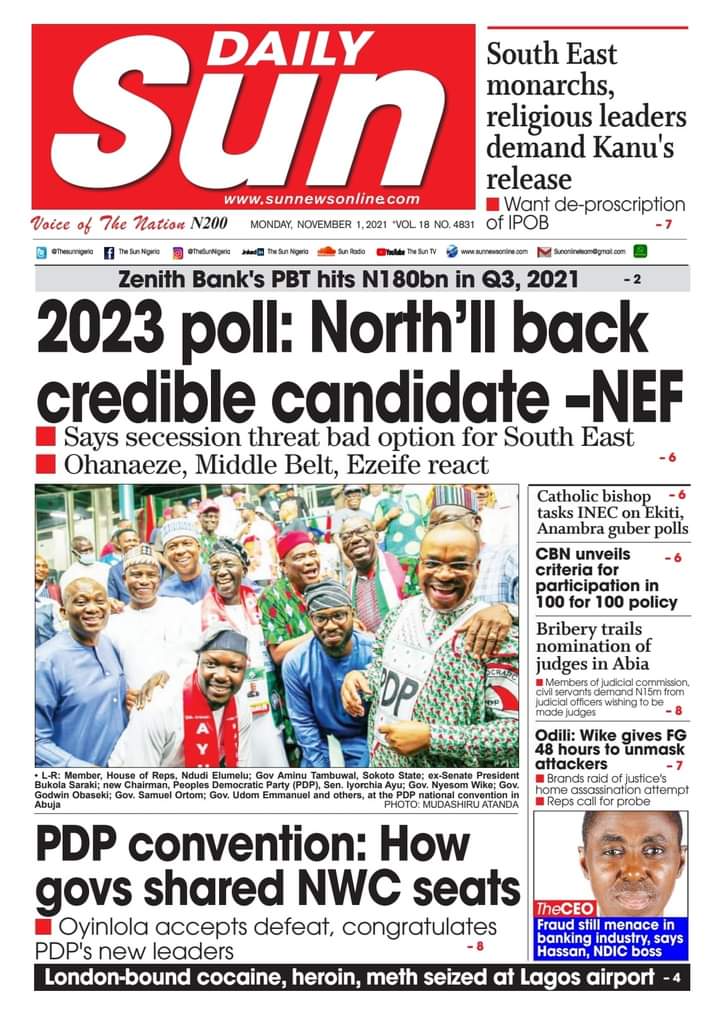 The Daily Sun reports that the Northern Elders Forum (NEF) says the north will support a credible candidate in the 2023 presidential election. The newspaper also reports how the PDP governors shared the positions of the party’s national labor committees. 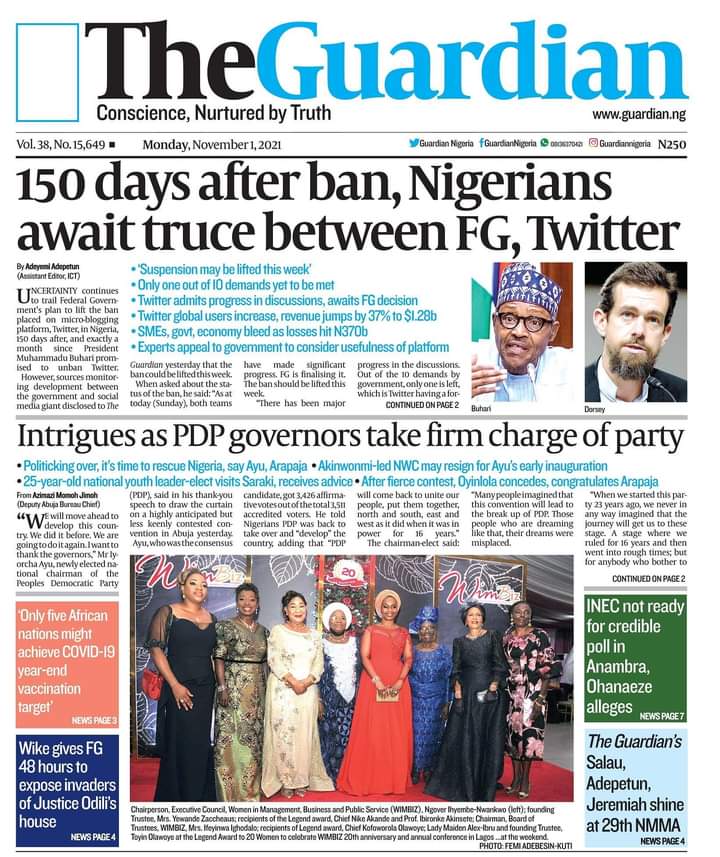 The Guardian reports that Nigerians are waiting for the federal government and Twitter to strike a pact after 150 days of banning the microblogging platform. The newspaper says Nyesom Wike, governor of Rivers, issued a 48-day ultimatum to the federal government to reveal the identities of those who invaded the residence of Supreme Court Justice Mary Odili.